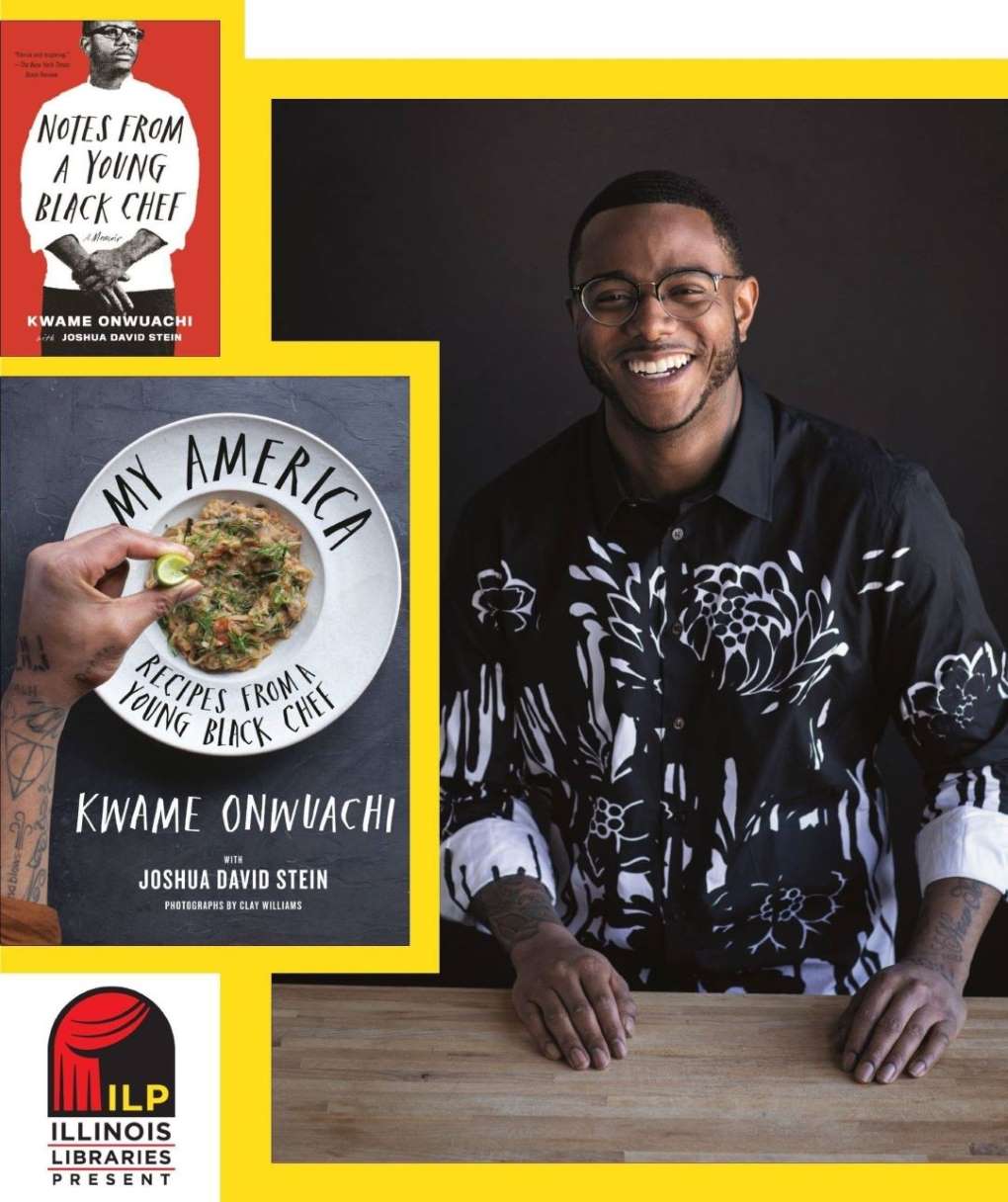 Join us for an engaging evening with chef Kwame Onwuachi. His first cookbook, My America: Recipes from a Young Black Chef celebrates the cuisine of the African diaspora, “the world’s wisest food.” He'll share the importance of the connections between cuisine, place, and culture.
Kwame Onwuachi is a James Beard Award-winning chef who was born on Long Island and raised in New York City, Nigeria, and Louisiana. Onwuachi was first exposed to cooking by his mother, in the family’s modest Bronx apartment, and he took that spark of passion and turned it into a career. He trained at the Culinary Institute of America and opened five restaurants before turning thirty. A former Top Chef contestant, he has been named Food & Wine's Best New Chef 2019 and a 30 Under 30 honoree by both Zagat and Forbes. Onwuachi’s 2019 memoir Notes from a Young Black Chef received critical acclaim.
Erick Williams will join Onwuachi in conversation. Williams is Owner and Executive Chef at Virtue Restaurant in Chicago, and a Chicago native with a storied career. From his time as Executive Chef at mk to hosting James Beard Foundation dinners, Williams has become ingrained in the restaurant community alongside fellow leaders of the industry. Outside the kitchen, Williams donates his time and talent to those less fortunate by partnering with charities to share his vast knowledge and give back.
REGISTER HERE for this Zoom program. A recording of this program will be available for a limited time to those who register for the program.
This event is made possible by Illinois Libraries Present, a statewide collaboration among public libraries offering high-quality events. Illinois Libraries Present is funded in part by a grant awarded by the Illinois State Library, a Department of the Office of Secretary of State, using funds provided by the U.S. Institute of Museum and Library Services, under the provisions of the Library Services and Technology Act (LSTA).
Want to receive the library's email newsletter? Brief-and-breezy GPL Weekly delivers library news--with handy program registration links--to your inbox every Monday morning.