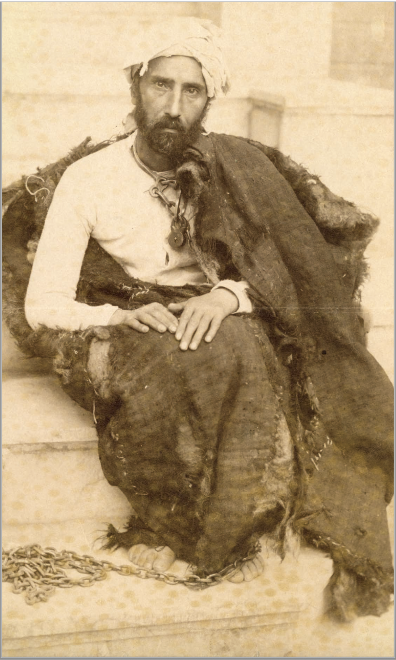 Late 19th-century Iran was a cultural crossroads at which traditional Iranian society was encountering Western technologies and influences. Capturing it was Armenian-Iranian photographer Antoin Sevruguin (ca 1851-1933), whose striking work is highlighted in a current exhibit at the Oriental Institute of the University of Chicago. Although he was the official photographer to the Muslim court in Teheran, Sevruguin's status as a member of the Armenian Christian minority gave his work an outsider's perspective. His beautiful and unusual images, informed by his training as a painter, captured Iranian life at a key moment of transition.
Tasha Vorderstrasse, the curator of the exhibit Antoin Sevruguin: Past and Present, will provide a slide lecture on the photographer's work and legacy. She is the university and continuing education program coordinator at the Oriental Institute and received her PhD in near eastern archaeology from the University of Chicago in 2004. The exhibit will be on display at the Oriental Institute through December 31
REGISTER HERE for this Zoom-based event.